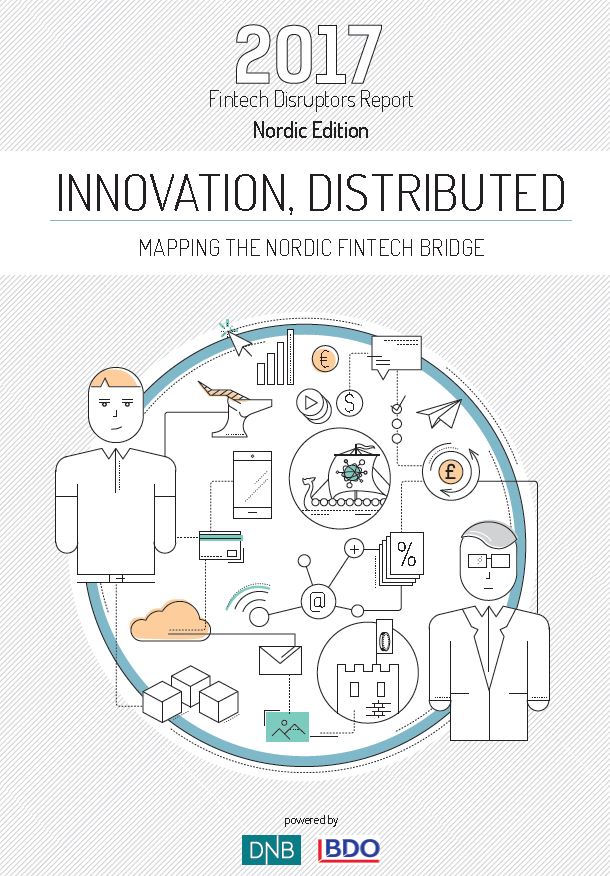 February 9, 2017 In Business By administrator

A new report released today reveals that 74% of Nordic banks intend to collaborate with fintech firms in 2017. This finding is in sharp contrast to 2016’s study, which found that less than 50% of Nordic banks had any defined strategy for fintech. Evidence is also emerging of fintech specialisms in Nordic markets, and there’s strong belief in the region’s future as a fintech hub, with 72% of this year’s respondents seeing the Nordic region as the world’s leading hub by 2020.

According to the “Innovation. Delivered: Fintech Disruptors 2017 Report” sponsored by DNB, 42% of financial institutions surveyed want to expand their existing partnerships with fintech firms in addition to the 74% that want to create new partnerships, a finding that suggests a healthy relationship between banks and fintechs. 42% of banks surveyed also intend to set up fintech incubators, nearly double the 24% of banks seeking to create incubators across the rest of Europe.

The report also reveals evidence of emerging fintech specialisms in Nordic markets. Norway is developing a specialism in authentication and security with companies such as Encap, Zwipe, Promon, Signicat and the bankID consortium; Sweden is becoming recognised for e-payments thanks to companies like Trustly, Klarna, iZettle and Wrapp, while Denmark’s specialism in blockchain is seen in companies such as Chainalysis, Blocktech, Brainbot and WeMoveCoins. For Finland, Holvi, Zervant and Arex underline the country’s expertise in e-invoicing and electronic banking for SMEs.

Other findings suggest different approaches between Nordic markets and the rest of Europe which point to the Nordics’ heightened sophistication and familiarity with fintech. Whilst 56% of respondents from other European countries remain concerned with payment technologies, Nordic markets cite security and fraud management (37%) as their major concern, reflecting the fact that electronic payment is already a reality for Nordic markets. Looking ahead to 2020, Nordic respondents see a wave of fintech mergers and acquisitions (36%) and the emergence of a new banking business model (36%) as the most significant developments – whereas 43% of respondents from the rest of Europe cite real-time payments as the biggest development.

The growing partnerships between fintech and banks described in this report are not without their challenges, however, with both sides recognising that the conservative culture of some Nordic banks must change if these partnerships are to prove successful. As Halvor Lande of DNB notes, “The winning banks of the future will be those that emulate the working practices, culture and methodology of successful tech companies: smart existing banks will have to learn from fintech start-ups.”

Susanne Hannestad, CEO of Fintech Mundi, which conducted the research, said: “Nordic markets are home to a number of “unicorns” – fintech start-ups now valued at more than US$ 1 billion. This fact is reflected in the confidence of our survey respondents, and in the growing evidence of partnership between financial institutions and fintechs. Challenges remain – but our report showcases a fast-growing sector that is making its presence felt across Europe and beyond.”