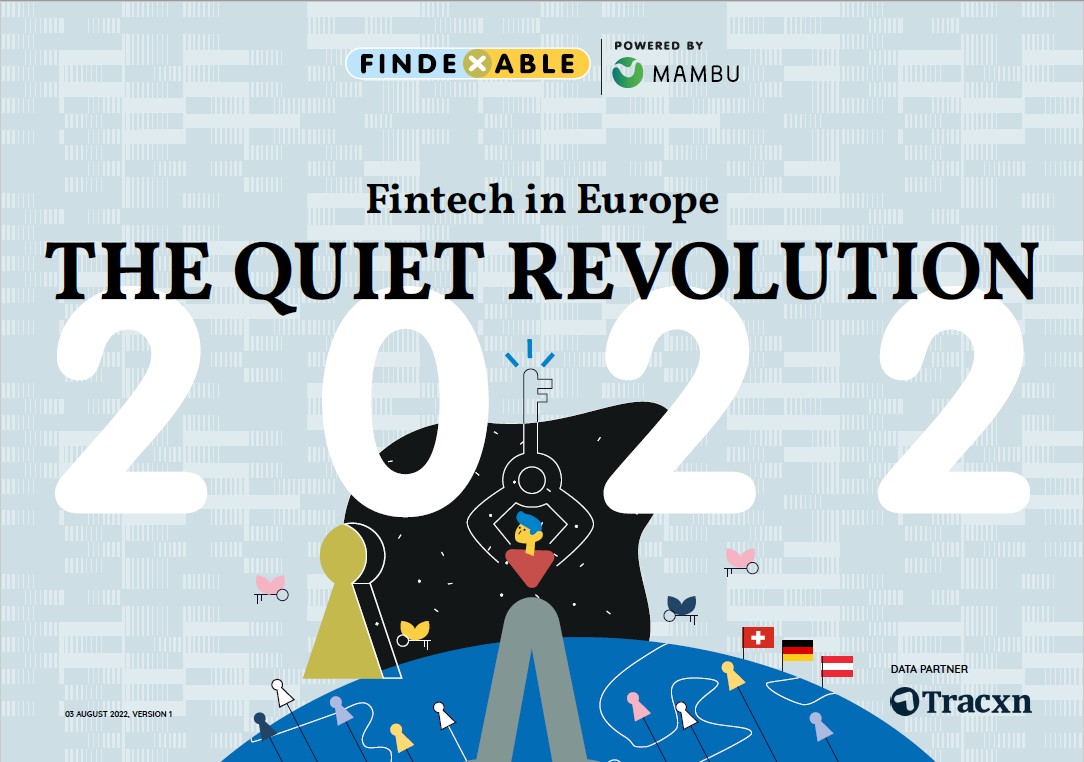 October 18, 2022 In Business By administrator

Fintech in DACH region of Europe is the quiet revolution and the region has attracted progressively more of the global funding pie since 2017, emerging as a genuine rival to Asia and North America for fintech VC dollars. Click here to read 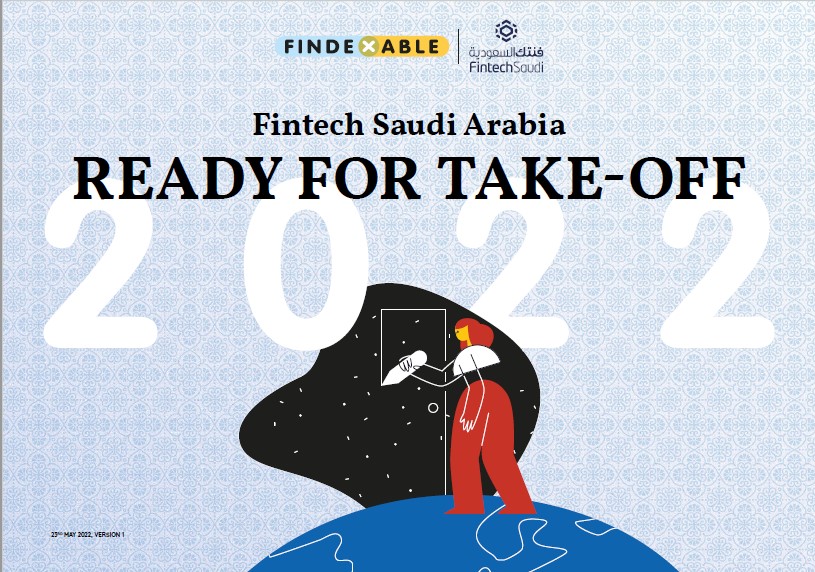 October 18, 2022 In Business By administrator

Fintech Saudi Arabia is ready for take-off and Saudi Arabia is one of the world’s fastest-growing fintech hubs. And as the region’s largest economy the potential to become a global reference point for fintech across the Middle East and North Africa is real. Click here to read. 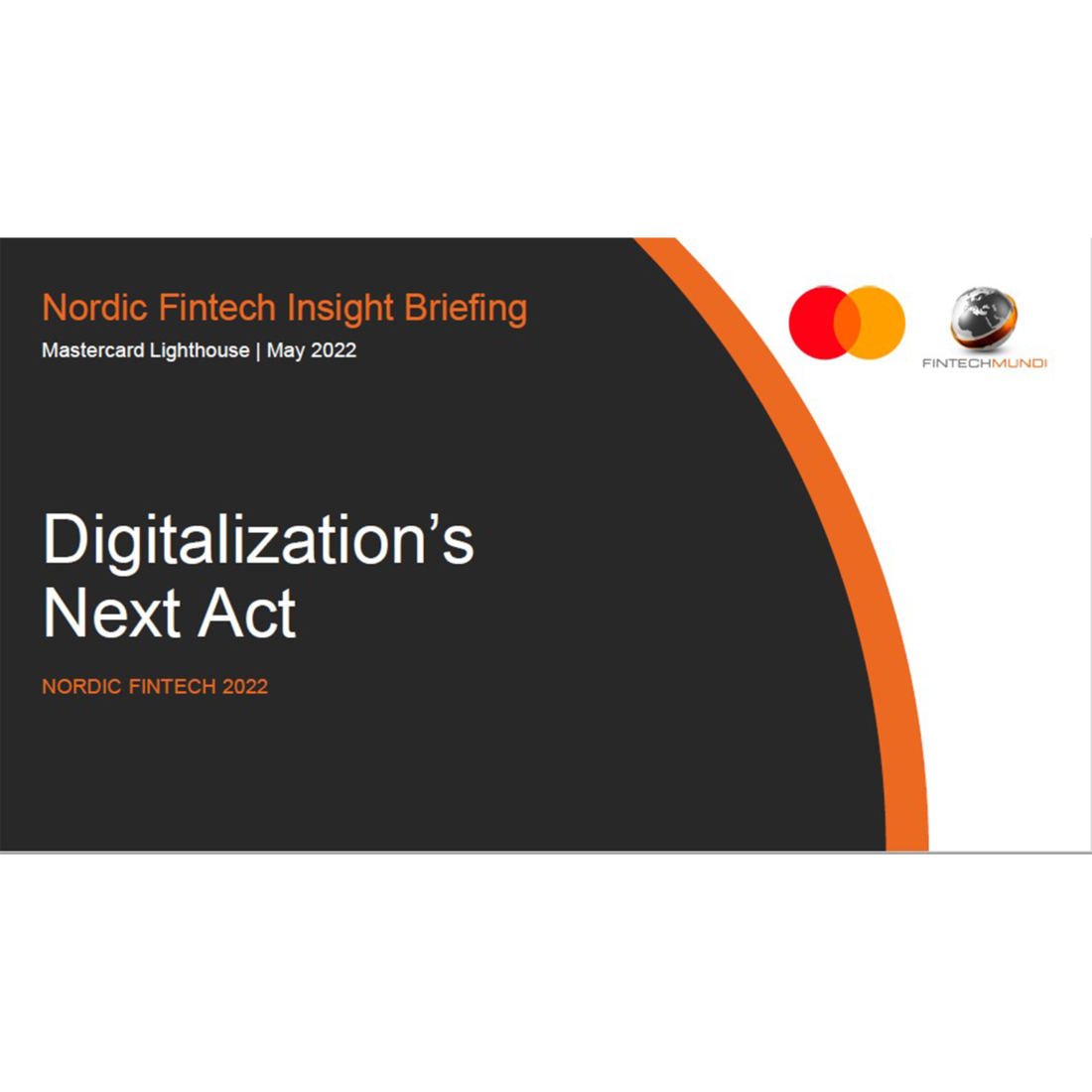 May 23, 2022 In Business, Uncategorized By administrator

Fintech Mundi’s annual Nordic Insight Briefing focuses on ‘Digitalization’s Next Act’. At the Mastercard Lighthouse event in Tallinn we discussed what’s next for the region which continues to produce world-beating solutions, and incubating industry giants. Read here about the key opportunities in store. 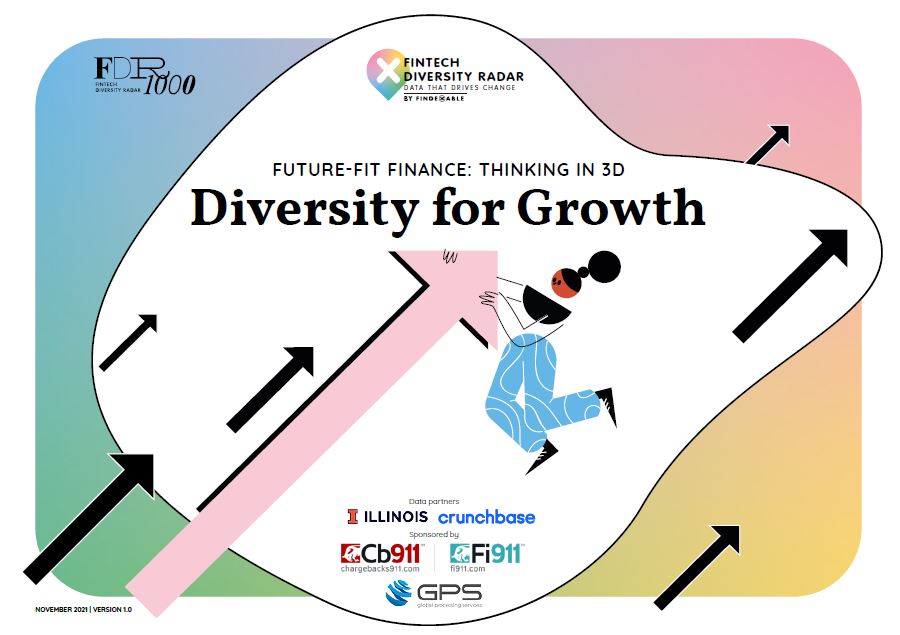 November 8, 2021 In Business, Uncategorized By administrator

findexable and Fintech Mundi are delighted to announce the launch of our inaugural Diversity for Growth Report, in partnership with fintech firms Chargebacks911 and Global Processing Services (GPS).

The report is the cornerstone of our Fintech Diversity Radar, the world’s first global platform to accelerate diversity in fintech.

In the report, we uncover systemic underrepresentation of women in the fintech industry, including:

The tech gender gap: Less than 4% of women globally hold the title of Chief Innovation or Technology Officer. 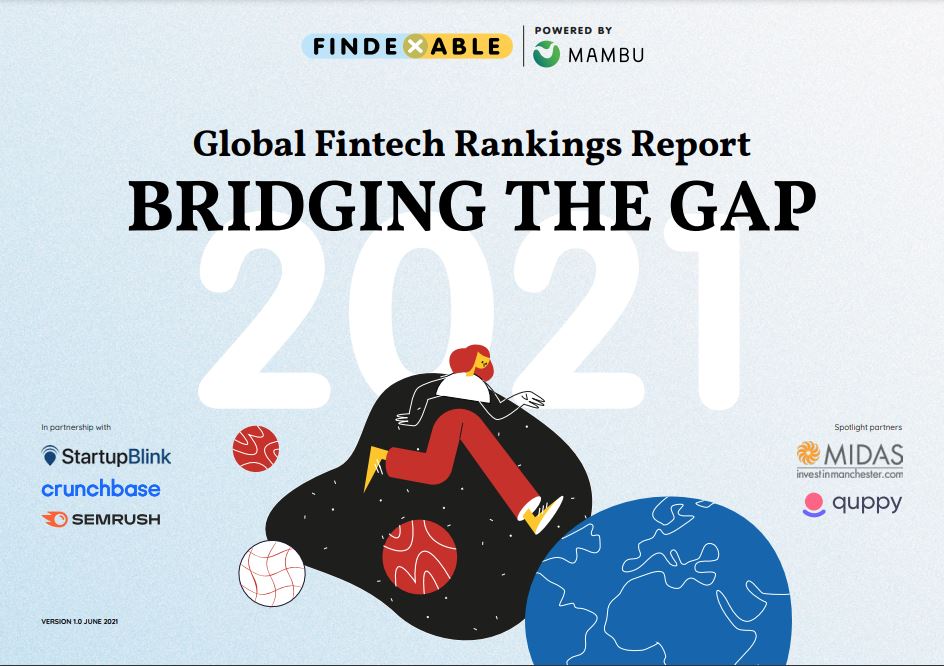 June 25, 2021 In Business, Uncategorized By administrator

A (pandemic) year in the making – the 2021 Global Fintech Rankings

#PoweredbyMambu, after a year of crunching the numbers, interviews with fintech ecosystems around the world – we’re thrilled to bring you the second edition of the Global Fintech Rankings – the only global rankings of fintech ecosystems now covering 264 cities and over 80 countries (including 50 newly crowned fintech hubs).

This year we’re celebrating the winners and unpacking what’s happening in fintech and fintech ecosystems around the world during a notably tough year. Download the full report here to see who’s new.

While many of the Top 20 remain unchanged – there are some surprises. Tel Aviv joins the top 5 for the first time while Berlin’s rise up the rankings is making the city a genuine contender for Europe’s fintech crown.

December 10, 2020 In Business By administrator

The 2021 Nordic Report is live

A joint undertaking between Fintech Mundi and findexable and with FCG, Huawei and Mastercard, the report seals the success of the Nordic fintech community, which stands strong, with investors and innovators hard at work across the space.

The region’s early success at moving away from cash, its embrace of collaborative models for the development and distribution of innovative financial services long before fintech became every bank’s favourite bandwagon, and commitment to digital services have created the foundations for a thriving fintech ecosystem. 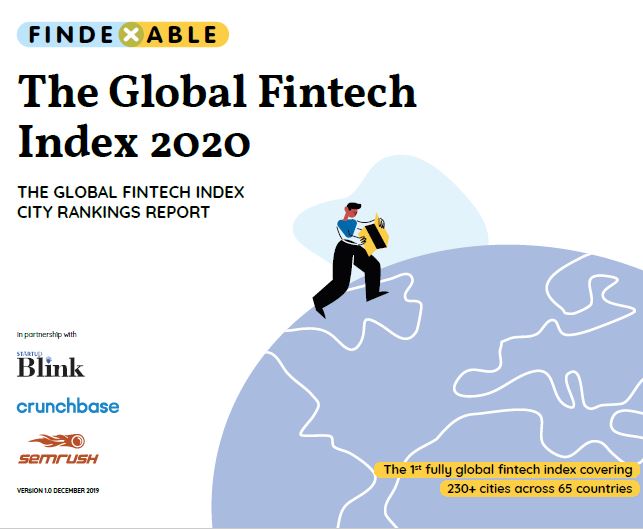 December 5, 2019 In Business, Uncategorized By administrator

Fintech exists to solve global problems. Of access – such as in emerging markets where banking economics stop the poor from getting a bank account. Of speed – where old infrastructure slows the sending of money, receipt of payments or makes international trade difficult. Or of cost and convenience – by making it easier to pay, or cheaper to borrow. There’s another problem too. An industry founded on principles to make the world better, needs a global index to track progress, and benchmark its success.

This is the vision of the Global Fintech Index of which I am a proud Ambassador. The City Rankings Report 2020 is the first glimpse of what the Index algorithm is designed for. To identify emerging hubs, fintech com¬panies and trends. To promote growth and adop¬tion of progressive, inclusive financial services everywhere.

Together with our Partners we’re building a global coalition to promote the values of fintech. We hope you’ll join us in our mission too. 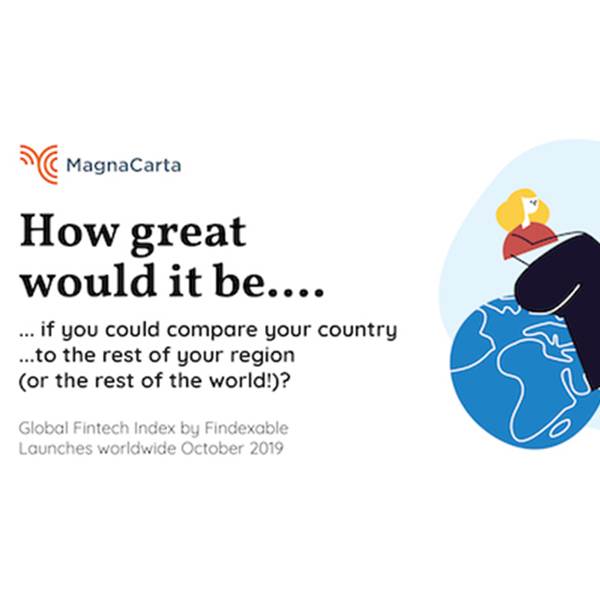 September 20, 2019 In Business By administrator

Fintech Mundi has teamed up with long-standing partner MagnaCarta Communications and a coalition of other global partners to identify, compare and track the development of fintech everywhere – even in the furthest corners of our planet.

Launching in October, the Global Fintech Index, presented under the banner of Findexable, will be the first fully global index of cities ranked by fintech activity.

Fintech Mundi’s Susanne Hannestad explains the needs of the fintech sector in the Nordics and how accurate, tangible data can help raise the Nordics’ status as a hub of fintech innovation globally. 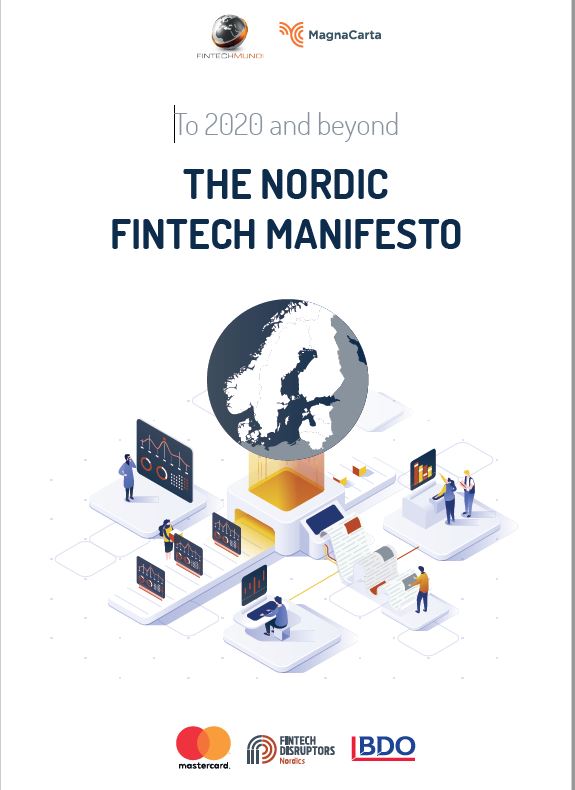 June 6, 2019 In Business By administrator

The Nordic and Baltic region has all the building blocks to generate wealth and opportunities and is punching above its weight in terms of producing unicorns, moving from start-up to critical scale-up phase and it leading the rest of Europe on Open Banking and PSD2 progress. Results from the fourth Nordic Fintech Disruptors Report launched during Money 2020 in Amsterdam finds confidence in abundance at 68%, 14% up from 2018.

The report produced by MagnaCarta and Fintech Mundi in partnership with Mastercard and BDO, is a comprehensive review of the current position and future trends in Nordic and Baltic fintech. It features extensive interviews with banks, fintechs, regulators, accelerators and leading innovators, alongside the results of an industry-wide survey.

Although more than half the survey respondents believe that the Nordics and Baltics will dominate the fintech landscape after 2020, the confidence is tempered with realism and a recognition of key challenges. 67% of respondents feel the region needs greater access to investor capital to realise its potential (24% higher than 2018), while over half believe that greater openness to partnering will help the region compete on the global stage.

Against this background, this year’s report is more of a manifesto, setting out a vision for how the region can fully realise its strengths and take full advantage of the new era of integrated digital finance. Much of the answer still lies in viable, effective partnerships and a better connected fintech ecosystem which offers the best chance to:

“Since we started the research in 2014 we have seen a region that has outperformed many in developing and nurturing fintech innovation but true collaboration and trust across the ecosystem remains an issue which has to be addressed if the region is to fulfil its potential as a global fintech hub, ” comments Simon Hardie, author and publisher of the report.

The report is a call to arms for banks, investors, regulators, public bodies and for the fintechs themselves,” says Susanne Hannestad, CEO of Fintech Mundi, a prominent Nordic based fintech accelerator. “The Nordic and Baltic regions are ideally placed to out-perform their peers in Europe, but only if we can find a more effective way to work together. We are not there yet.” 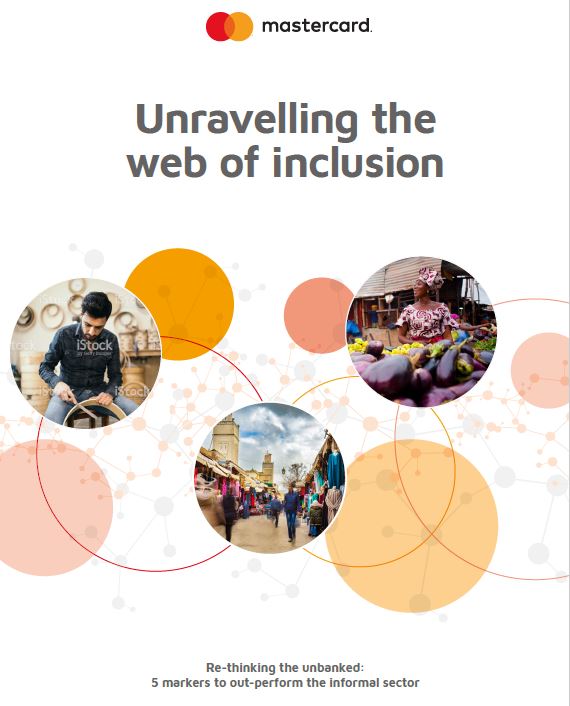